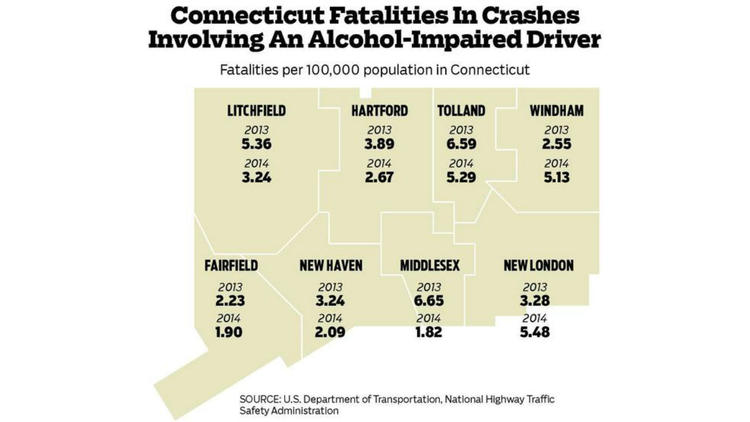 Connecticut continues to be plagued with a drunk driving problem.  Connecticut ranks among the highest in the country in traffic deaths caused by drunk driving.  39 percent of all traffic fatalities in 2014 were caused by impaired driving in our State.  The U.S. average is 31 percent.  It is unclear as to why Connecticut ranks among the highest in alcohol-related traffic fatalities.  Connecticut has been proactive in discouraging folks from driving while under the influence – DUI checkpoints, enhanced criminal and civil penalties, and media campaigns.  Yet, despite these efforts, drunk driving on our Connecticut roads continues to happen at an alarming rate.  At the end of the day, the responsibility rests with the individual to put away the car keys and take a taxi or Uber home.